A simple, powerful exercise to overcome your ‘immunity to change’

People often want change, yet resist it. Psychologically this makes sense. Through a simple exercise we can overcome our ‘immunity to change.’ (6 minute read.)

Have you noticed this curious phenomenon of people desperately desiring change, yet fighting it as if their life depends on keeping the status quo?

You may have seen it in a loved one (it’s always easier to see this stuff in others). They want to grow, and yet when somebody points out a way they can grow, they resist, they deny, they defend; they may even get upset. You may also recognize it in yourself. You so want to change something, you commit yourself to it over and over again, and yet you keep on failing.

Somehow, we seem deeply wired to resist the change we are craving for. To protect ourselves from the development we deeply desire.

It turns out that our failure to grow is generally not due to a lack of will power, or a courage to face ourselves. Instead, it is a universal, ‘natural’ phenomenon. Two Harvard developmental psychologists, Robert Kegan and Lisa Lahey, describe it as our ‘psychological immune system’ at work.

You could say that, psychologically, our life does depend on keeping the status quo, and resisting certain changes.

Your psychological immune system at work

These psychologists propose that the mind, like the body, has an immune system ~ a beautiful, intelligent force of nature that works continuously to protect us and keep us alive.

However, and this is important, it does this beyond our conscious awareness.

Based on experiences of fear, pain, or any other threat, we all have developed what psychologists call ‘defense mechanisms’ or ‘ego defenses’ ~ attempts to keep us safe in environments that were threatening in some way.

Although the dangers are generally not there anymore (i.e., we are no longer subjected to a manipulative mother or an abusive father), the immune system is still fighting off these threats, resulting in reactions that often seem disproportionate and counter-productive to others. 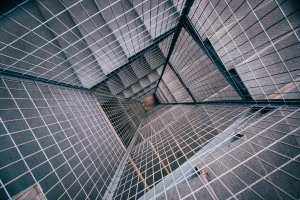 Thus, like the body’s immune system, our psychological immune system can misread reality and see dangers that are not really there, making us respond as if we are threatened.

If you have an allergy you probably recognize this. Your body is aggressively trying to fight off the pollen in the air, or the hairs of a cat, even though they don’t pose any real threat to you.

Our psychological immune system does the same thing. It works 24/7 to protect us and keep us safe, but by doing so it frequently ends up sabotaging our attempts for change.

So, the all-important question then is: What’s the way out?

These psychologists created a simple but powerful exercise to help people break through their immune responses. This exercise leads you through a contemplation of your ‘immunity to change,’ by letting you explore four fundamental questions.

Doing this exercise myself, I had a profound breakthrough, including new insights into why I was not doing what I so badly wanted to do.

Looking back almost three months after having done the exercise for the first time, I realize the change I wished for has lasted, and is now a dependable part of my overall system. Many other people have reported similar results.

Thus, in other words, this exercise really has the power to transform!

If you want to do the immunity to change exercise, here is a useful map supporting the process. Actually journaling on these questions, rather than just thinking about it, is highly recommended (and potentially vital to your success with it).

The change you desire and how you resist it

First you’ll have to find out what your central improvement goal is, your growing edge. Think about a goal that would be a game-changer for you, that would bring your daily life closer to your dreamt-of life. Perhaps it is something you have been trying to change for a long time, but somehow you haven’t managed to accomplish it.

My goal was about being more disciplined in my morning routine, as I know I thrive when I get up early to do my practices. And although I have made great progress on this goal in the past years, I still found myself skipping my yoga or being lazy with journalling and setting my intentions.

Then, instead of saying, “in order to reach this goal you just have to muster more will power” (something I told myself for years), you are asked to reflect on the behaviors that you find yourself doing instead:

What are you doing (or not doing) that is stalling your efforts?

Make sure your list consists of actual behaviors (instead of thoughts, intentions, emotions, et cetera), and be brutally honest with yourself. This may be a powerful and perhaps painful exploration in itself.

I wrote all kinds of stuff on my list, such as allowing myself to get distracted by reading the news, listening to a voice that tells me I don’t really need to do my practice (“I already did my yoga yesterday”), postponing (“I’ll start with that discipline tomorrow”), or telling myself I don’t have time to do my practice (yeah, right?!).

Why you resist the change you desire: competing commitments

But then, and here is the trick, we are guided to look deeper, and search for the ‘hidden commitments’ that these behaviors reveal. Look at the behaviors you just listed and ask yourself: 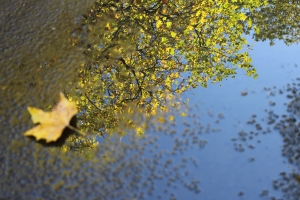 How would you feel if you did exactly the opposite?

What fears or worries would that bring up?

What would be the worst thing about that for you?

Is there any feeling or experience associated with your desired behaviors that you’d rather avoid?

In this way, you are uncovering the deeper roots of your ‘immunity behaviors’, as you start to see why you act in ways that are contrary to your goals.

This is your immune system at work, committed to helping you guard off the threats that the desired behaviors would impose.

For example, somewhat to my own surprise, I realized I had a largely unconscious fear of life becoming boring and dry, without any joy or juice, overly structured and rigid, mechanical and controlled.

My psychological immune system was thus keeping me safe and far away from my dreaded state of a mechanical and boring life, by making sure I wouldn’t do my routines in an all too disciplined way.

The thing is: we all tend to have perfectly sensible reasons for our behaviors, yet often we are just not aware of what these reasons are, as our immune system works beyond our conscious awareness. And as long as we are not aware of these reasons, we keep acting out of them.

What we can’t look at (as object; with neutrality and distance), we will look through (as subject; meaning that we are embedded in it).

Generally, even the strongest will power will not win this battle with our vital immune system. Hence, we are sabotaging the very change we crave.

The power of big assumptions in shaping our life

The last step of the exercise is to uncover the big assumptions, to see the deeper beliefs we have internalized, which lie at the root of our competing commitments.

I found big assumptions like ‘structure and discipline make life boring and mechanical’. And: ‘Joy is something that resides outside (rather than inside) of me, and that I need to seek out for in the form of pleasure and fun.’

Instantly, I could also recognize the deeper, psychological origins of these assumptions, as I grew up with a generally life-enjoying, pleasure-seeking father and a much more restrained and disciplined mother.

This exercise thus has the power to show us that our behaviors are often rooted in assumptions we are not even aware of, as well as what these assumptions exactly are.

And what we are not aware of will determine us.

It is thus in this awareness that our freedom lies, as we are now able to make a conscious choice.

For most people, just seeing the deeper assumptions and beliefs they operate out of, in full awareness that these assumptions are not serving their deepest desires, is enough to make a powerful shift.

It was for me. I really hope it will be for you. It is worth it. After all, we are talking about the quality of your life here. Give it a try and enjoy (even more) change and growth!

Please leave a comment about your experience with this exercise and/or attempts to change! And, of course, feel free to share it with people you think will benefit from it.

About the Author: Annick de Witt

Hi there! I have studied 'worldviews' and cultural change for many years and use these insights to contribute to our global sustainability issues. I write, speak, conduct research, and give workshops. Ultimately, I hope to mobilize and inspire!

What is your worldview? 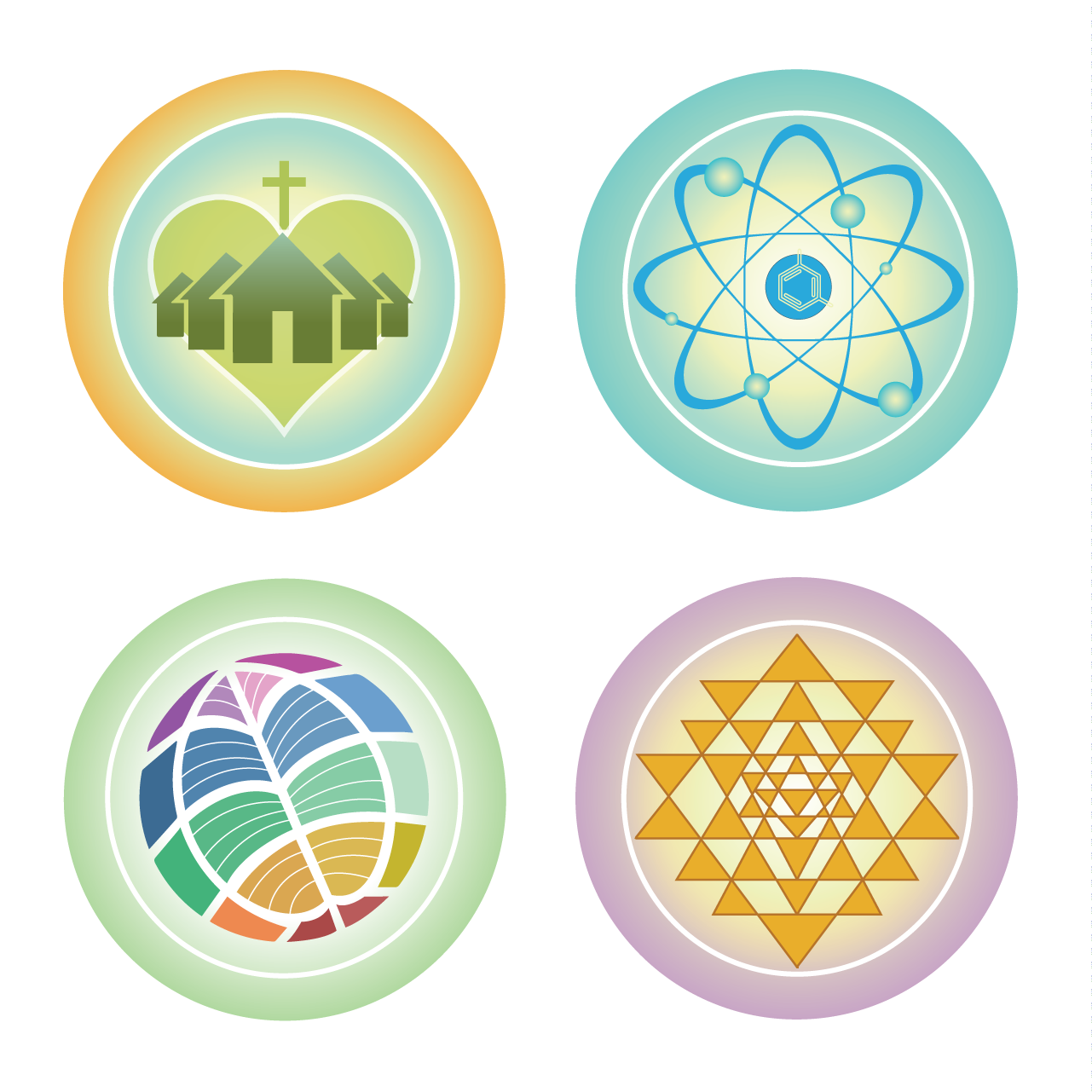